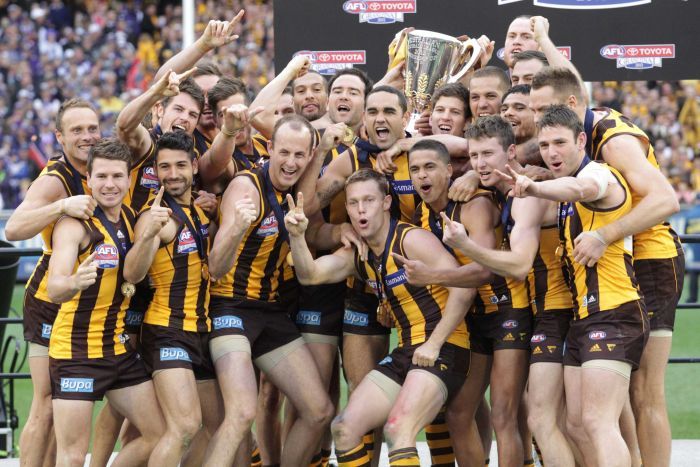 Hawthorne made amends for their 2012 grand final loss to the Sydney Swans with a 15 point win over the Fremantle dockers in the 2013 AFL grand final. Hawthorn led the match from start to finish but was outplayed for significant periods. It is the only grand final which Champion Data has assessed as having been won by the poorer side on the day, as Fremantle were left to rue their opportunities they were unable to convert. The 117th annual grand final of the Australian Football League (formerly the Victorian Football League) was played on the 28th of September in front of a crowd of  100,007 spectators at the MCG. The Win by the Hawthorne Hawks marked the club’s eleventh VFL/AFL premiership victory. Hawthorn’s Brian Lake was awarded the Norm Smith Medal as the best player on the ground.