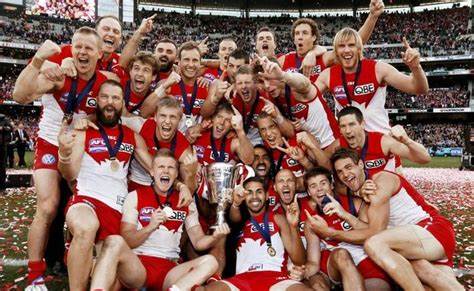 The 2012 AFL Grand Final will go down as one of the greatest showdowns in AFL history. In a game most thought Hawthorne would be victorious, it was Sydney and their relentless pressure and never give in attitude that willed their team to a 10 point victory. Sydney looked down and out when Hawthorn booted the first two goals of the final term but the last 10 minutes went in favour of the Swans,  with goals to Adam Goodes and Nick Malceski effectively sealing the game for Sydney.  The 2012 AFL grand final took place at the Melbourne Cricket Ground on 29 September 2012 in front of a crowd of 99,683 spectators.  Sydney’s Ryan O’Keefe was awarded the Norm Smith Medal as the best player on the ground.