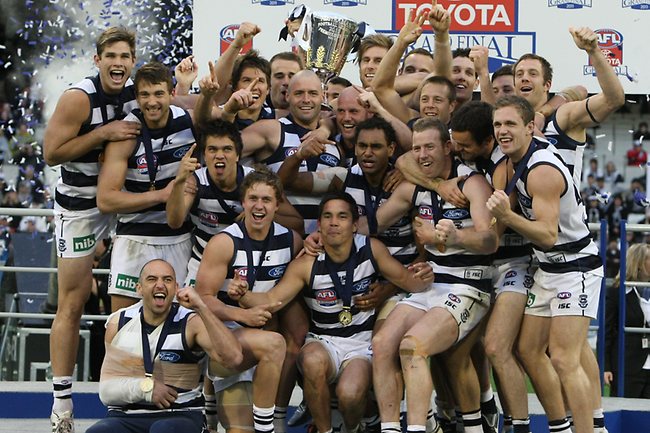 The 2011 AFL Grand Final was contested between the Collingwood Football Club and the Geelong Football Club. The Geelong football club was victorious in the end by 38 points and helped up the premiership cup to mark their ninth ever VFL/AFL premiership victory. The victory was Geelong’s third premiership in five seasons, to go with its 2007 and 2009 triumphs. The game was held at the Melbourne Cricket Ground on 1 October 2011 in front of a crowd of 99,537 spectators. The Cats trailed by 18 points during the second quarter and were still down at half-time, but a Tom Hawkins-inspired second half steered the Cats to a 18.11 (119) to 12.9 (81) win, Geelong’s Jimmy Bartel was awarded the Norm Smith Medal as the best player on the ground.