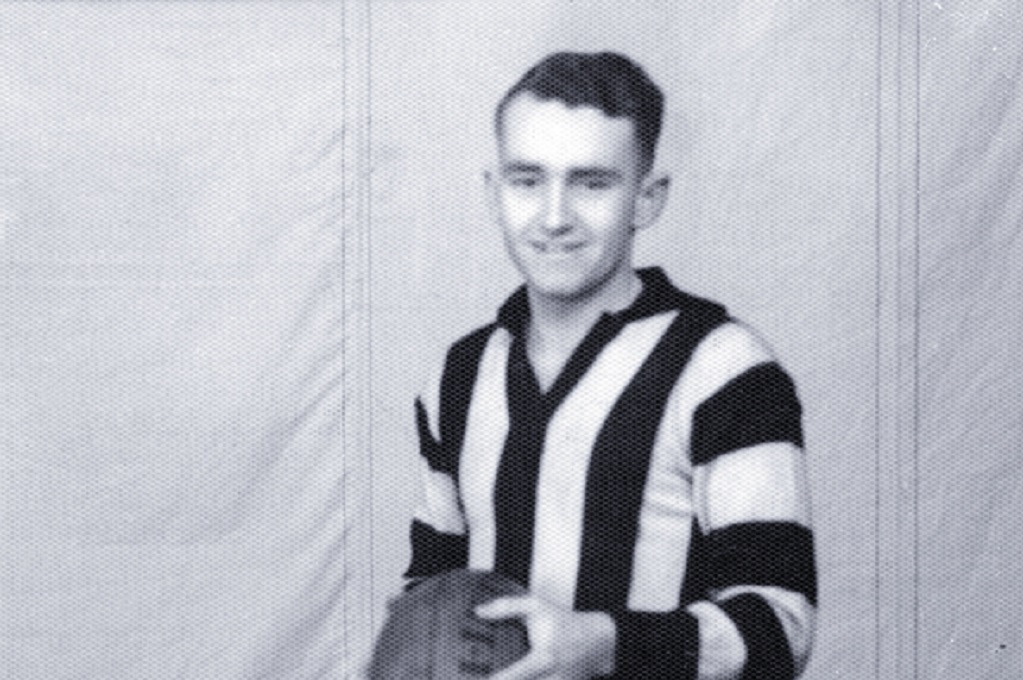 Desmond Fothergill made playing the game of Australian Rules football look easy. At the age of just 17 years old he joined s star-studded Collingwood team of champions like Jack Regan, Phonse Kyne, Ron Todd, and the Collier brothers, Albert and Harry, the young Fothergill made an immediate impact and lost nothing in comparison with these legends. He won a Copeland Trophy as Collingwood’s best and fairest in his debut season and kicked 56 goals being the club’s leading goalkicker.

At 172 cm and 73 kg, Fothergill was a small midfielder/half-forward who seemed too small at the start, but his brilliance as a footballer was something that over-shadowed his liabilities. In 1940, Fothergill and South Melbourne player Herbie Matthews tied for first place in Brownlow Medal voting as best and fairest in the VFL, with a then-record 32 votes; at the time, neither player won the Brownlow Medal itself, as their records could not be separated on countback and there was no provision for a shared medal, but both men were awarded Brownlow Medals in 1989 when the VFL decided to retrospectively eliminate the countback from the award.

Fothergill was named in the Collingwood Team of the Century and was inducted into the Australian Football Hall of Fame in 2000. The award for the best young player in the modern Victorian Football League (which is the successor to the former VFA) is named the Fothergill-Round Medal in honour of Fothergill and Barry Round.