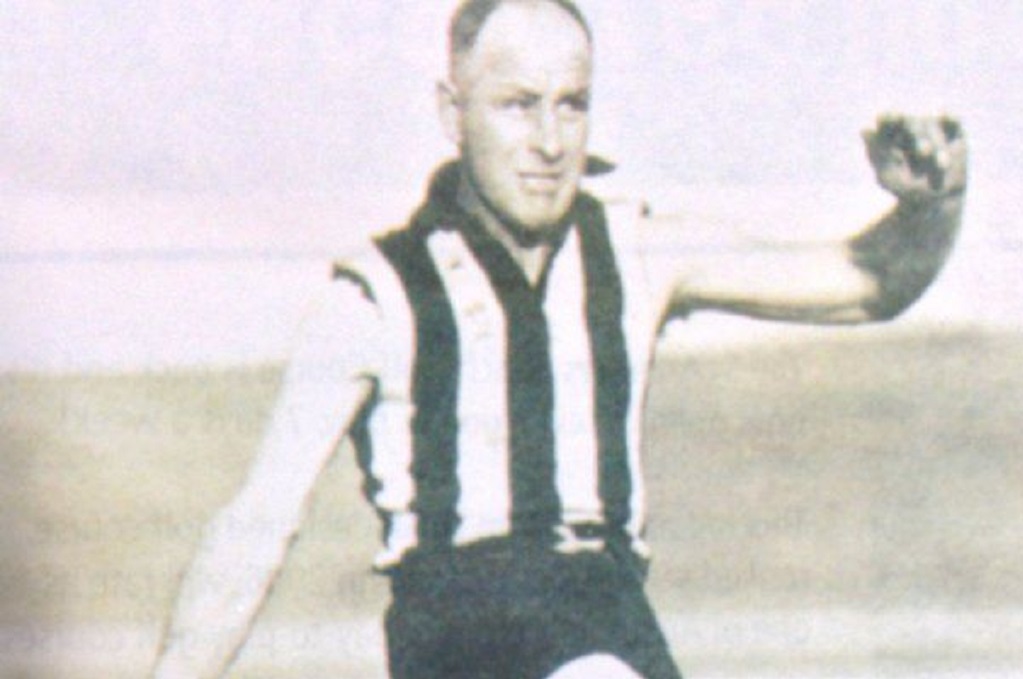 Australian Rules football legend Syd Coventry doesn’t usually rate in the discussions of the greatest players to ever play the game but the question is, most definitely, why not?. In his era, he was a powerhouse player and was one of the main contributors to the Machine team that won four consecutive premierships between 1927 and 1930.

An immense and powerful leader he Captained these 4 Premierships in a row with determination, skill and aggression. Standing only 180cm ( Collingwood 6 footer) he rucked most of his life and led from the front on every occasion. A born leader in every sense. Tough and rugged he led the greatest team of all through the depression era. He was a fearless leader and ‘a fearless protector of smaller teammates’. When needed he used his tough, physical brand of football to lift the side and inspire his teammates.
Whenever the team was in trouble, Syd Coventry often came to the rescue.

Syd Coventry did it all in his 227 games. He represented Victoria on 27 occasions, he is a Brownlow medalist, 4 times Premiership Player and Captain, Captain in the Collingwood Team of the Century, Dual Copeland Trophy winner and many more. He went on to be President of Collingwood from 50-62 and his reign where he was regarded as ‘warm and genial’ included two Premierships.