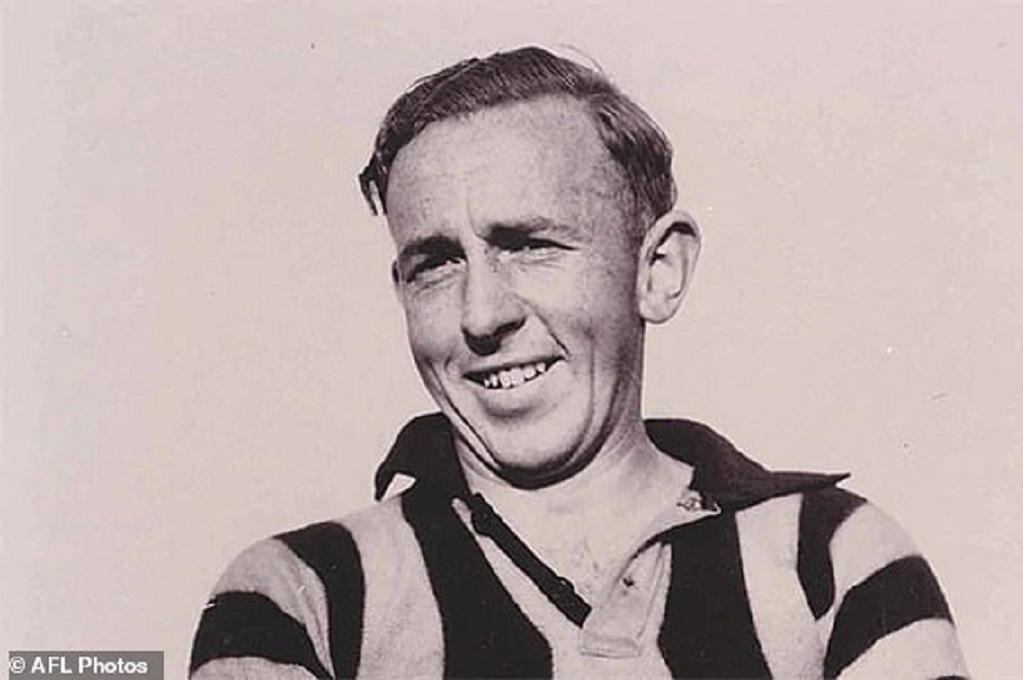 John Kennedy Sr. was an Australian rules footballer who played for the Hawthorn Football Club, and also coached Hawthorn and the North Melbourne Football Club in the Victorian Football League (VFL). Kennedy, is regarded as the father figure at Hawthorne and widely credited for laying the foundations for their premiership successes

John Kennedy Snr won the Club’s Best and Fairest Award four times in his first five years as a player such was the worth of both his play and leadership to the team. Kennedy possessed considerable football nous, which he applied this to excellent effect as both player and coach at Hawthorn. Kennedy’s philosophies and approach to training would see him develop into one of the game’s greatest coaches. As a player, Kennedy was renowned for his toughness and skill. As a coach, he had a similar reputation for toughness, but also for oratory. He was notorious for borrowing ideas from any source he thought would inspire the players, but it was his passion rather than his quotations that he was best known for.

His contribution to the game is recognised by the AFL’s decision to name their lifetime achievement award in his honour – given to the likes of Lou Richards and Neale Daniher – after him.

He was an inaugural inductee into the Australian Football Hall of Fame and was inducted into the Sport Australia Hall of Fame in 1999. He was just recently elevated to legend status and named the 29th AFL Legend.

Hawthorn honoured their first premiership coach with a bronze statue in front of Waverley Park In honour of his 80th birthday, a statue of him overlooking Waverley Park was unveiled.

The text on the plaque reads:

John “Kanga” Kennedy played 164 games for the Hawthorn Football Club in 1950–59, including its first ever finals appearance in 1957. In 1960 aged just 31 Kennedy became coach and transformed Hawthorn and led the club to its first three premierships in 1961, 1971 and 1976.Kennedy’s Hawthorn teams became known as “Kennedy’s Commandos”. Wearing his trademark overcoat, his booming voice and stirring words inspired generations of Hawthorn players, taking them from easy beats to the most respected and revered club in the League.He epitomised and taught all the values and attitudes that the Club cherishes. These were overwhelmingly a sense of TEAM, total DISCIPLINE, total INTEGRITY, and WILL to WIN at all costs. They are now core values, part of the club’s character and as we compete in the 21st century this legacy as defined by John Kennedy will never be forgotten.