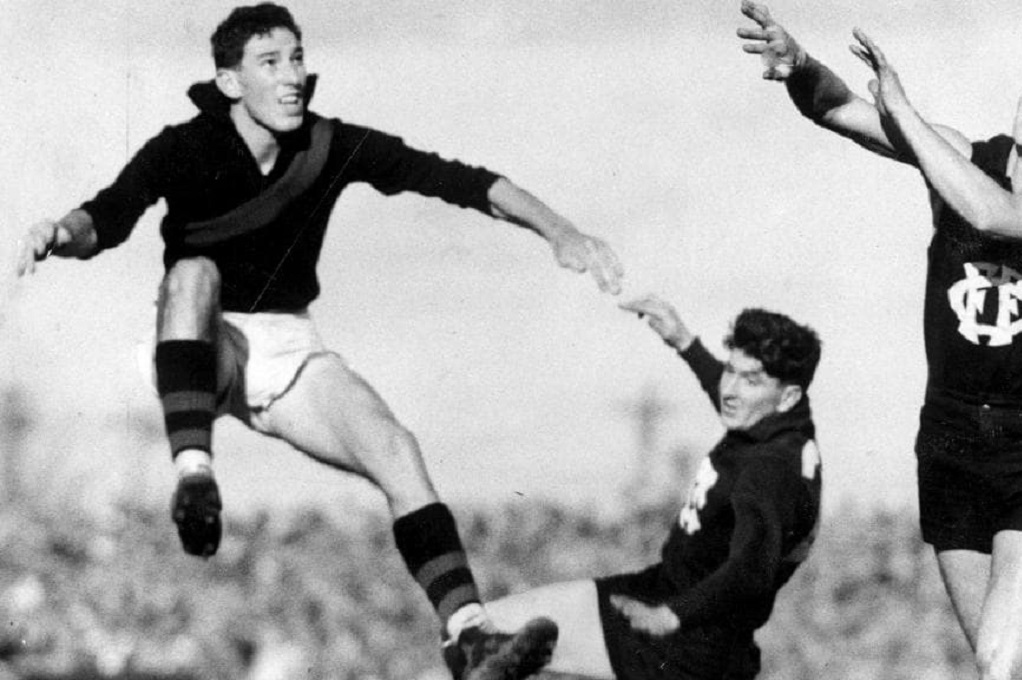 Ron Evans  contributed to the AFL in many forms, as one the greatest players in the league in the early 1960’s, Chairman of the Australian Football League (AFL) from 1998 to 2007, as well as President of the Essendon Football Club from 1988 to 1992.

Although not solidly built (he weighed 78 kg), he was 6’2″ (188 cm), he was a scoring machine and could often kick bags of goals in most games. His speed and his very long arms gave him extra inches in marking contests.

Recruited from Essendon Baptists in 1958 – he had broken the Essendon District Football League’s Essendon goalkicking record in 1957 – he played his first senior match for Essendon, as a reserve, at the Melbourne Cricket Ground, against Melbourne on 10 May 1958.

Altogether, he played 64 games for Essendon from 1958 to 1962, mostly at full-forward, kicking 210 goals. He played his best football under coach Dick Reynolds.

He was posthumously awarded membership in the administrator’s Australian Football Hall of Fame in 2007 for his services to the league.

The Ron Evans Medal was created in his name, awarded to the AFL Rising Star of that year, beginning in 2007, when it was inaugurally presented to Joel Selwood of the Geelong Football Club