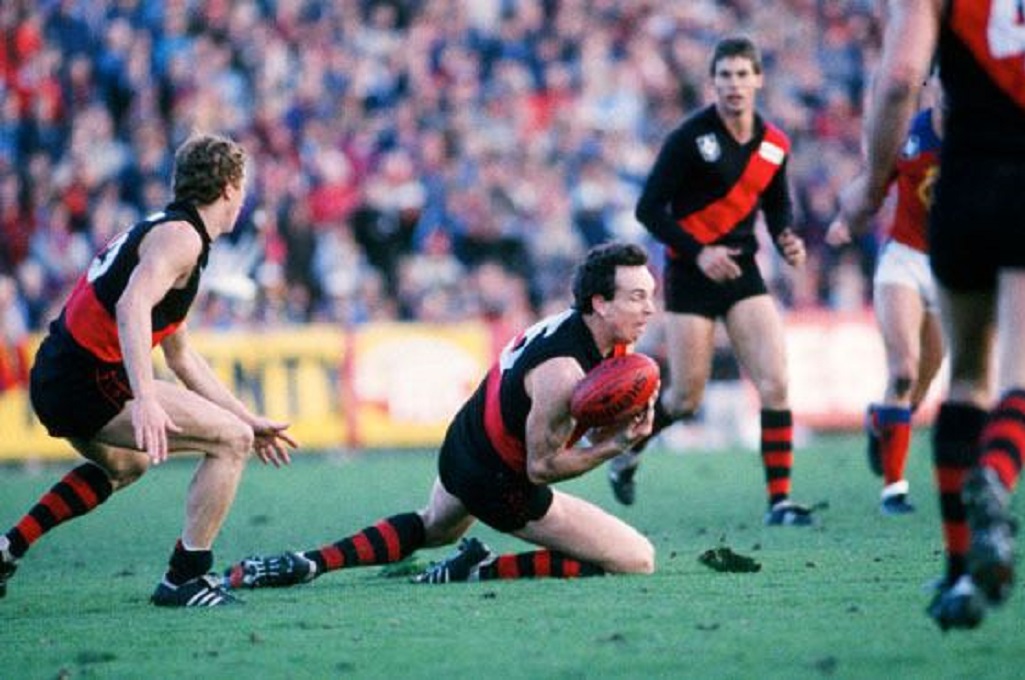 Terry Daniher was an extremely committed and determined Australian rules footballer who saw great success in his long illustrious career with the South Melbourne and Essendon Football Clubs in the Australian Football League (AFL). Terry also had the unique opportunity to play with his brothers, Neale, Anthony and Chris, for Essendon in the AFL.

Aggressive, strong and versatile, Daniher led by his actions and would dominate in all positions across the ground. He became a versatile adaptable player who could perform equally well in attack or defence.

In 1983, Daniher became Essendon captain – a position in which he inspired all. He led the Bombers to two premierships in 1984 and 1985 and was Essendon’s Best and Fairest in 1982. He was Essendon’s lead goal kicker for 1979 and 1983 and is also a part of the club’s Team of the Century as a half-forward flank.

In 1983, he won the Leigh Matthews Trophy, which is given to the most valuable player by the Australian Football League Players Association. Terry Daniher was a Victorian representative for 11 games and scored 12 goals. In addition, he was a New South Wales representative for four games and scored six goals. Lastly, because of his numerous contributions to the game, he was inducted into the Australian Football Hall of Fame in 1998.