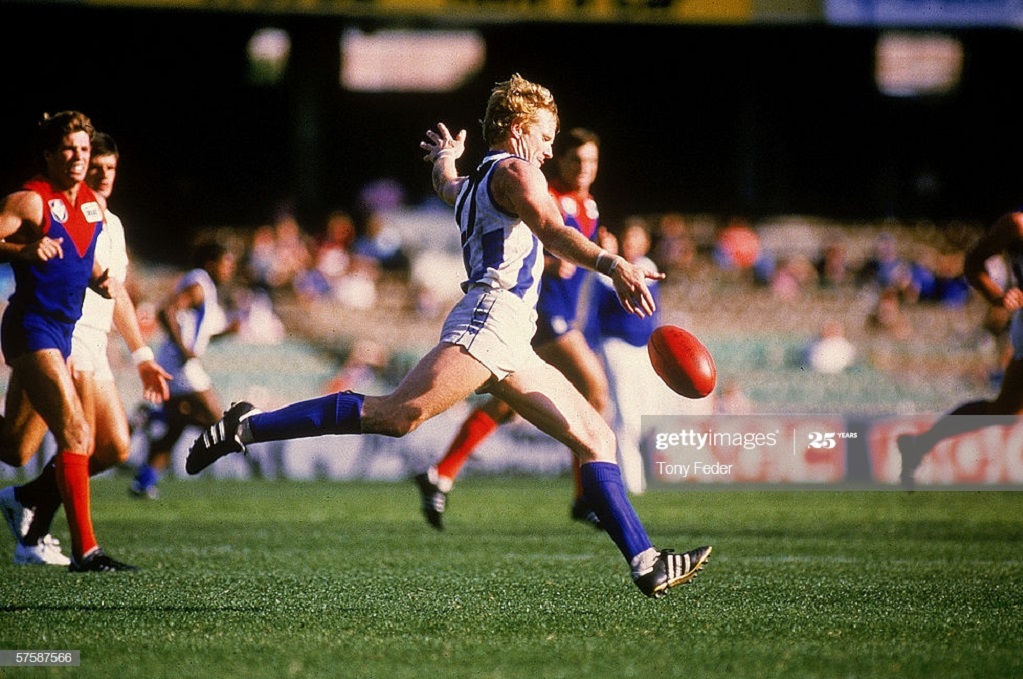 Keith Greig was arguably the greatest player to have played Australian rules footballs through the decades of 1970’s and 80’s . He played 11 seasons with North Melbourne, helping the team to premiership flags in 1975 and 1977, before retiring in 1985.

He joined a very prestigious club of very few that have won the Brownlow medal on more than one occasion, in 1973 and 1974. Keith Greig was one of the most exciting footballers of his era. Red-haired and pale-skinned, Greig was renowned for his poise and ball-handling skills. He could also take spectacular high marks. Greig played for much of his career on the wing, but in later years often played at half-back. His trademark long stride became one of football’s most recognisable sights.