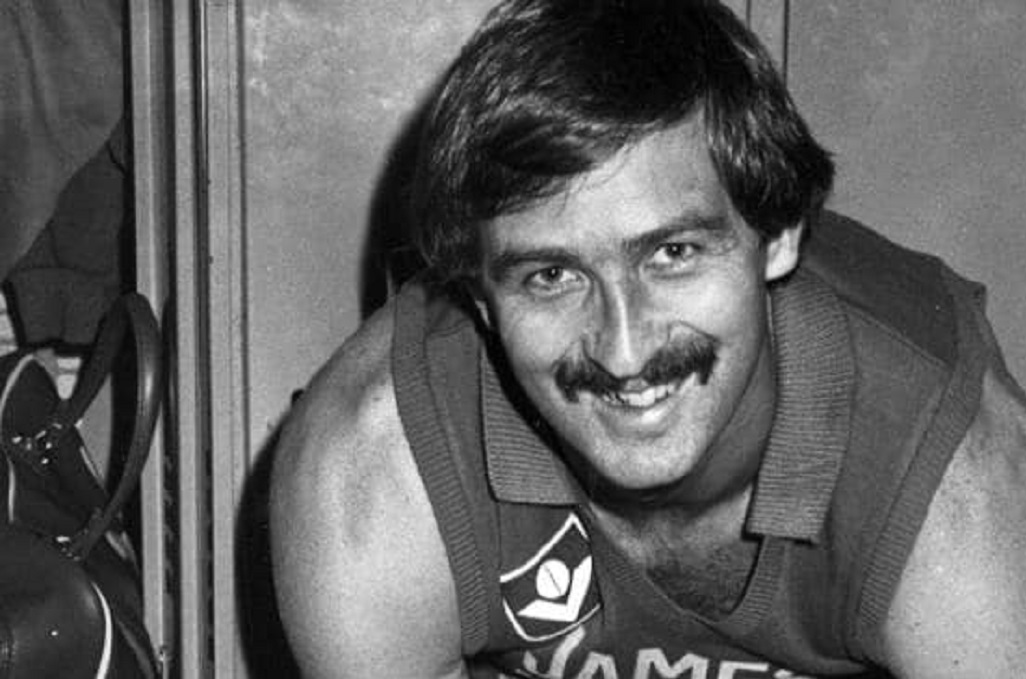 Bernie Quinlan was an Australian rules footballer who played for Footscray and Fitzroy in the Victorian Football League (VFL) during the 1970s and 1980s. Quinlan was nicknamed “Superboot” because he had an amazing long kick and could goal from almost any position from 65 metres. His accuracy was phenomenal and a record of 817 goals from 366 games speaks for itself.

Quinlan was a wonderful player at Footscray, but it wasn’t until he made the move to Fitzroy in 1978 that he won the acclaim as a genuine powerhouse of the VFL Tall and athletic, he was the perfect prototype of the modern footballer. His long reach, dynamic spring, agility and pace for a big man, made him a dangerous player while his versatility allowed him to play forward and back, key position or flank, with equal aplomb. He played mainly at centre half-forward and transitioned to full-forward later in his career. Equipped with arguably the most lethal right boot our game has ever seen, he made an art form of comfortably kicking goals from anywhere within a 60m range of the goals.

Quinlan reached the peak of his powers later then most in his career where he won the 1981 Brownlow Medal at the age of 30. In 1983 he became the only player in Club history to boot over 100 goals in a single season – and matched that feat again the following year.