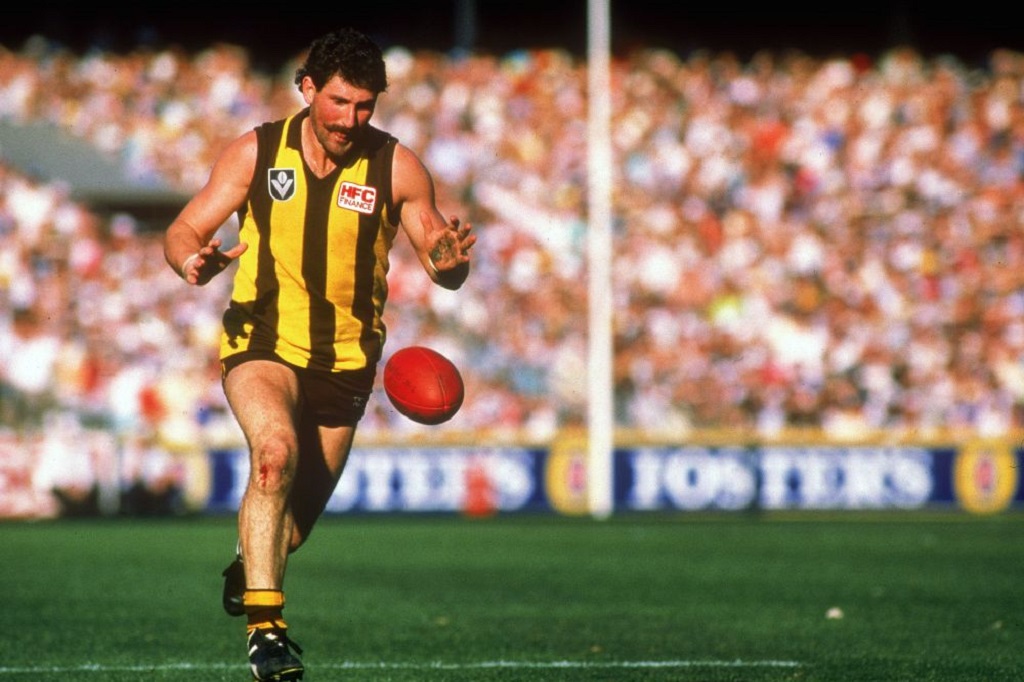 Robert DiPierdomenico is a retired, well known, much loved Australian rules footballer who played 240 games for the Hawthorn Hawks in the Australian Football League (AFL) from the 1970s to the 1990s. Popularly known by his nickname “Dipper”, DiPierdomenico is one of the more colourful football personalities of recent years. His often outrageously larger than life demeanour sometimes obscured the fact that he was also a fine footballer.

‘Dipper’ played most of his career as a wingman, utilising his naturally aggressive instincts to win the football and terrorise his opponents. He was known for his toughness which on many occasions led to trips to the Tribunal. DiPierdomenico won the Brownlow Medal, in 1986 tying with Greg Williams, who was playing for Sydney at the time. He is a legend of the Hawthorne football club of 240 games and participated in five premierships during one of the most successful eras that a VFL/AFL club has ever achieved.