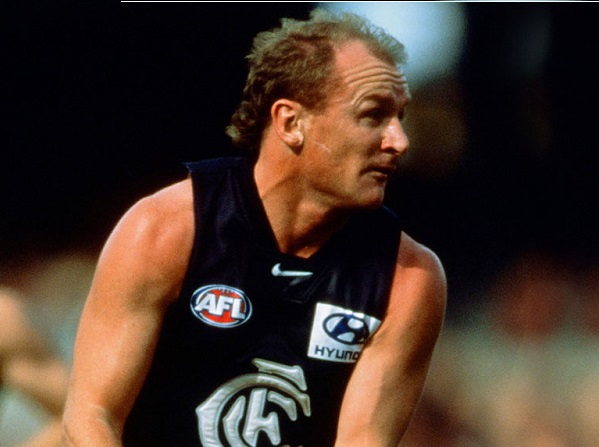 If you had ever walked passed Craig Bradley, an AFL player would be the last thing you would think of. Bradley doesn’t typically fit the mould of an AFL player but he became one of the greatest to have ever played the game. Bradley was a ball magnet in 375 games with Carlton, and it sometimes is forgotten he played an astonishing total of 501 games with the Blues, the Port Adelaide Magpies, South Australia and for Australia in matches against Ireland. A phenomenal record!

Craig Bradley  is a former professional Australian rules footballer and is the games record holder at Carlton in the AFL/VFL. Bradley won most of the highest awards bestowed to the game and was immediately inducted into the Australian Football Hall of Fame in 2006, after the minimum three years of retirement. At Carlton, Bradley is an Official Legend of the club’s Hall of Fame, and was selected on the wing in the club’s Team of the Century. He was also selected on the wing in Port Adelaide’s Team of the Century.

Craig Bradley is the all-time games record holder playing 464 home-and-away games. He holds the Carlton club games record, which was also, at the time of his retirement, the fourth-highest number of games played in the VFL/AFL behind Simon Madden (378), Kevin Bartlett (403) and Michael Tuck (426). As of 2020, he is now eighth.