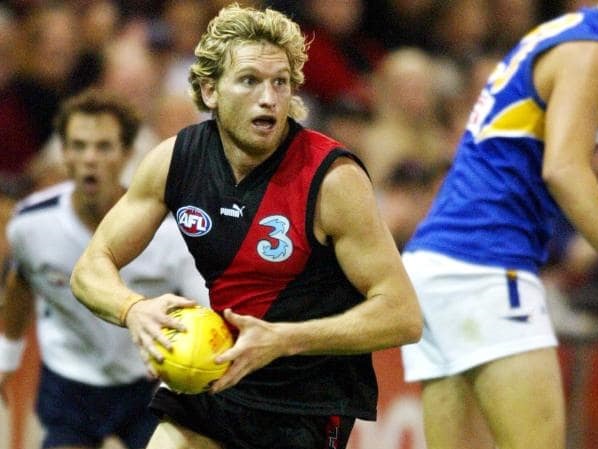 Playing nominally as a centre half-forward, Hird enjoyed a ‘license to roam’ which could see him impact the game anywhere on the ground. He could play in defence to nullify opponents and also kick goals when needed. Despite sometimes appearing almost lackadaisical in his approach, he was actually one of the most energetic and hard-working players around, racking up possessions seemingly at will, and invariably using the ball with scrupulous efficiency.

One of the all-time legends of the game, Hird was a highly decorated footballer which included winning the 1996 Brownlow Medal jointly with Michael Voss, playing in 2 premiership-winning sides and becoming a member of the Australian Football Hall of Fame. In 1997, the Essendon Football Club named the then-triple best and fairest winner in its Team of the Century on the half-forward flank. He was a player for the big occasions, claiming the 2000 Norm Smith Medal and three Anzac Day medals.

Hird will forever be remembered as a champion of the game, and a legend of the Essendon football club, but an overall discussion of his football career as a whole will likely be dogged by the controversies that emerged during the coaching phase of that career – an unfortunate outcome given Hird was one of the greatest players and most inspiring leaders even to don the black and red.