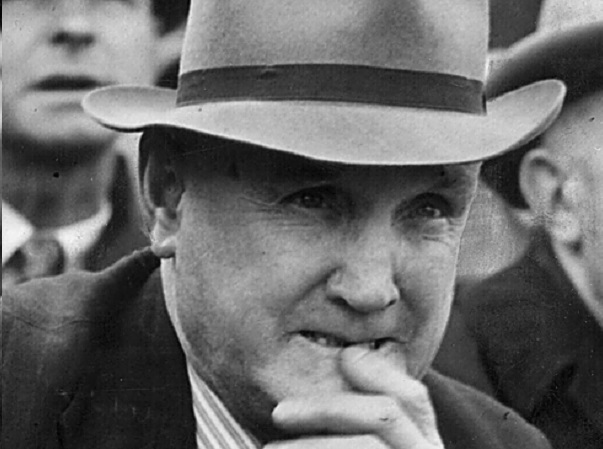 James Francis “Jock” McHale, was an Australian rules football player and coach for the Collingwood Football Club in the Victorian Football League. Not only one of the greatest players of his time, it was his service as the coach of the Collingwood football club which was truly something to behold. Between 1912 and 1949 Jock McHale coached the Magpies in a total of 714 VFL premiership matches, of which 467 were won, and 10 tied, giving an overall success rate of 66.1%.

McHale made his league debut in 1903 for Collingwood, playing as a hard working centreman and sometimes shifting to defence. He was a durable player could could really play any position. He wasn’t the most brilliant player during his day but he had a great footy brain who just knew how to play the game right. McHale was also an extraordinary ball handler and great kick which when combined with toughness and strength made him excel as one of the greatest cenreman of the game.

James Francis ‘Jock’ McHale was a coaching colossus, not only of Collingwood, but also as a man who helped to pioneer the role and then define it across an extraordinary 38 seasons and 714 matches. Reputation and talent didn’t mean so much to him. He selected players based on their form and willingness to “run through walls for Collingwood”. He never created any strategies and complicated team moves but instead, inspired and motivated his players.

During his time as coach of Collingwood they contested no fewer than 17 premiership deciding matches, whether Grand Finals or Challenge Finals, and won eight of them, including a VFL record of four in a row between 1927 and 1930.

Each year the AFL’s premiership coach receives the “Jock McHale Medal”, a medal named in honour of the man who arguably made the single greatest contribution to a football club – and to the role of the coach – in the history of the game.