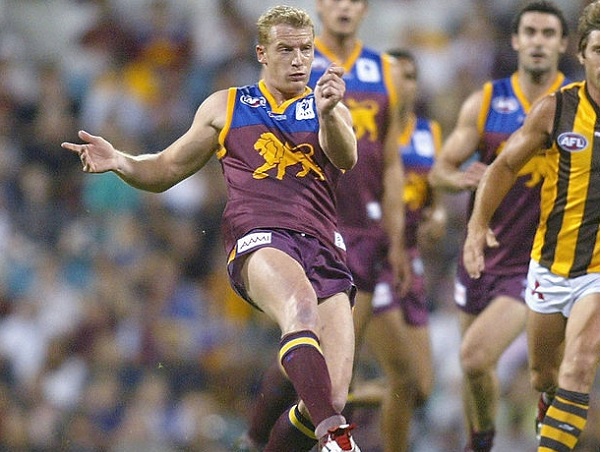 When you look at the accolades of the members of the AFL hall of fame at the top are those that have won premierships and Brownlow medals. Michael Voss joins growing group of legends that have accomplished both of these feats. Michael Voss (born 7 July 1975) is a former coach and player for the Brisbane Lions in the Australian Football League (AFL).

During his AFL playing career, in which he played entirely for the Brisbane Bears and then the Brisbane Lions (a merger of the Brisbane Bears with a Melbourne-based club, the Fitzroy Football Club also known as the Lions). Voss won the league’s most prestigious individual award, the Brownlow Medal, and was recognised as one of the best players and captains in the league between 2002 and 2003 through six time All-Australian selection including the captaincy and the winner of the Leigh Matthews Trophy for the league’s most valued player. He captained the Brisbane Lions in four consecutive AFL Grand Finals with three straight premierships (2001–2003).

As a player, he was noted for his toughness, fearless play and inspirational leadership. On the field he had a remarkable capacity to lift his team when it was needed most, nurturing and fostering a team-first ethos of the highest order. Near enough was never good enough. And off the field he set a standard second to none for character, culture and class.

Just as Kevin Murray and Haydn Bunton were legends of the Fitzroy Football Club, Michael Voss is a true legend of the Brisbane Bears / Lions.