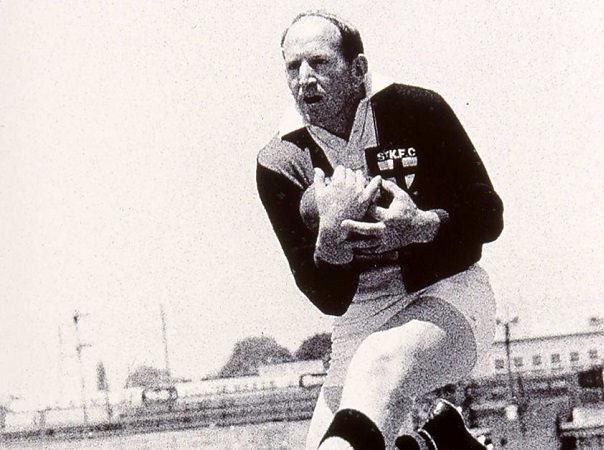 Darrel John Baldock was an Australian rules football player, coach, and state politician. In 1966 he captained the St Kilda Football Club to its first premiership. Commonly nicknamed “The Doc” and “Mr. Magic” Darrel Baldock was known for his pure football intellect and uncanny ball handling ability and expertise. When he played, it seemed like he more time then all other players and always had the ball on a string.

Baldock was inducted into the Australian Football Hall of Fame in its inception in 1996 (as a player) and was upgraded to Legend in 2006. In 2004, he was named on the half forward flank and as captain in the Tasmanian Team of The Century. Baldock was also honoured by having the Northern Tasmania Football League 2000 Best and Fairest medal named after him.

After retiring from football, Baldock served in the Tasmanian Parliament for fifteen years. On 26 January 1991, Baldock was named a Member of the Order of Australia in recognition of service to the Tasmanian parliament and to Australian Rules Football.On 24 October 2000, he was awarded the Australian Sports Medal for his contribution to Australian Football.