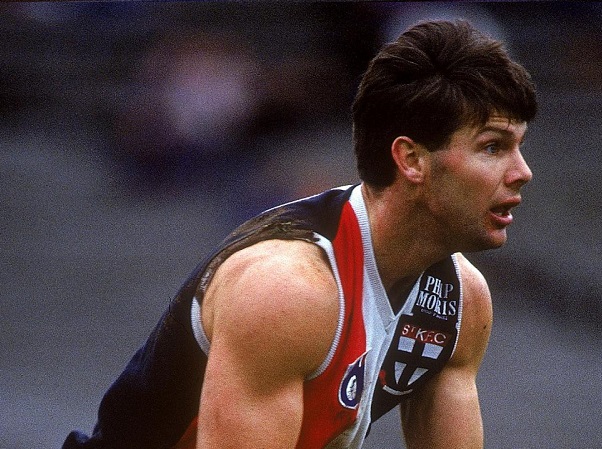 Recruited from Ballarat where he was a potato farmer led to his famous nickname of Spud. Danny Frawley started his career as a forward but soon made his way down back and quickly became one of the greatest fullbacks of his generation. He captained the St Kilda Football Club for nine seasons over his 240-game playing career from 1984 to 1995, was the club’s best and fairest winner in 1988 and was named in the All-Australian team the same year. Frawley coached Richmond for five seasons from 2000 to 2005, including to a preliminary final in 2001. He later served as chief executive of the AFL Coaches Association. As a media personality, Frawley contributed as special commentator for Nine Network, Triple M, 1116 SEN and Fox Footy; he was also co-host of the Fox Footy program Bounce.