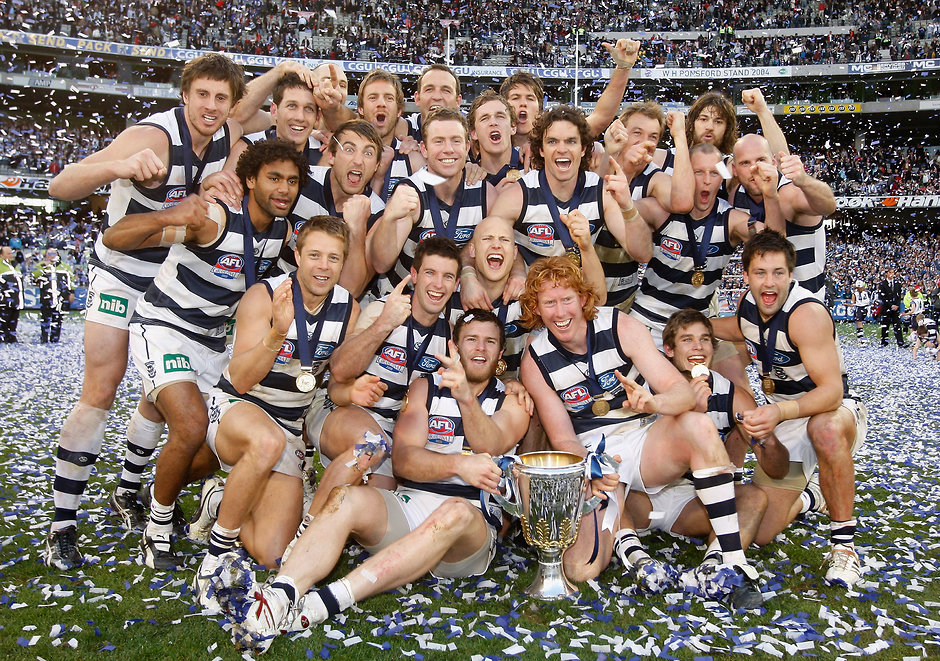 The Geelong Cats claimed its second premiership in 3 years with a thrilling 12 point victory against the St Kilda Saints. The grand final was played in cold and wet conditions. It had rained heavily the previous night in Melbourne such that the ground was particularly wet around the boundary, and there were also several heavy showers during the game. The highest ambient temperature for the game was only 11.3 °C, the coldest on record for a grand final.

One of the toughest fought grand finals of the past decade saw St Kilda lead at every break before the Cats steam rolled over the top of them late. It was an extremely close game throughout: twelve points was the greatest margin at any stage of the game (Geelong’s lead late in the second quarter, and the final margin). St Kilda fought courageously all game and were very unlucky to fall to the Geelong side at the end of the day.