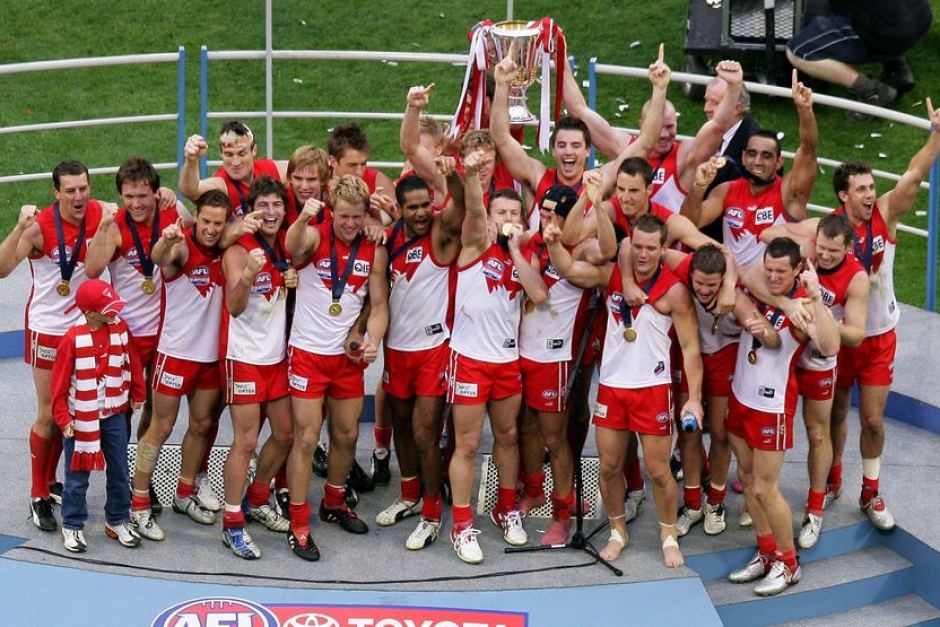 The 109th grand final of the Australian rules football league was contested between the Sydney Swans and West Coast Eagles. The last 2 mins of the 2005 AFL Grand final will be remembered as one of the greatest thrilling climaxes to a grand final in AFL history. The final quarter was set up for a grand stand finish with the Swans in the lead 41 to 39. The quarter was tightly contested with the swans up by 4 points with a few minutes to go. The West Coast Eagle’s final surge towards the goal saw Dean Cox with ball at half forward with the chance to send the ball into the forward line for one more roll of the dice. A mark or contested football in West Coast’s forward line could set up a possible result in goal. Sydney’s Leo Barry then took what would become one of the most famous marks in AFL history. Flying in from the side and marking amongst a group of players denied the Eagles a chance to miraculously snatch victory.

The match has been labelled as a ‘classic’, with the final margin being the closest since the 1977 drawn grand final. This was the first time since the 1989 VFL Grand Final that the grand final was decided by a goal or less.