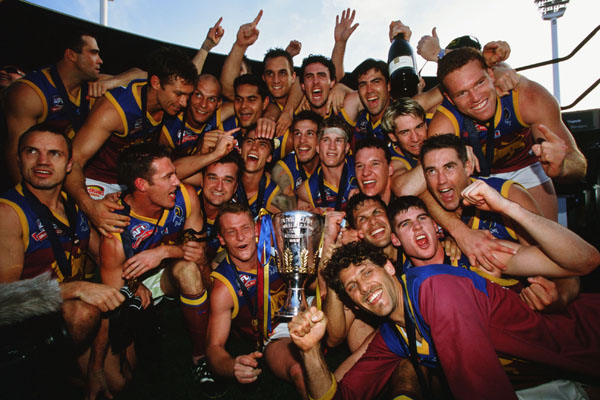 Essendon won the 2000 premiership and were looking to go back to back in 2001. They finished on top of the ladder ahead of Brisbane but only on percentage. But going into the match, Brisbane were confident after winning 15 consecutive games leading up to the grand final. It was a question on whether the experience of Essendon would prevail or would it be the hungry Lions who were in their first ever grand final in the lions colours.