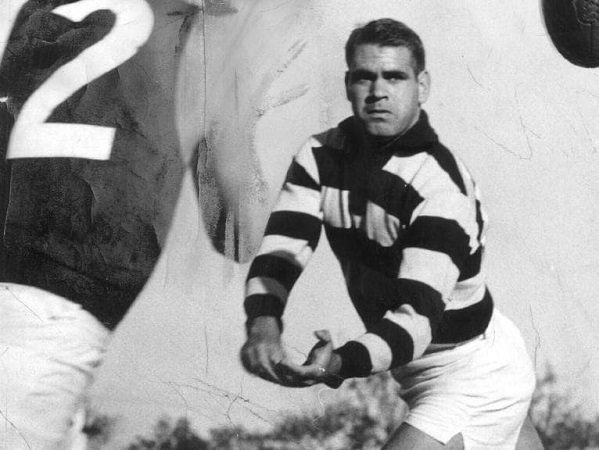 One player does not make a team but if you have a side with Graham “Polly” Farmer in it you are well on your way to victory. Accolades and success followed Farmer throughout his career and he will be known as the greatest ruckman and maybe even the greatest player the game has ever seen. Farmer carried a footy everywhere and dedicated his life to football. After researching the training methods of champions in various sports, he dedicated himself to achieving maximum fitness. He was responsible for pioneering how effective and damaging the handball could be and because he was such a big man, he found it easier to handball then try and evade players to get a kick away. As a ruckman he could open the game up by taking the ball and releasing one of his outside players to attack.

In a playing career crossing three decades, Farmer played 356 senior games at both VFL and WAFL level.  He claimed three Sandover medals in five years, finished runner-up in a Brownlow Medal and won 10 best and fairest awards and several Team of the Century honours. Throughout his career, Farmer was involved in ten grand finals, and was part of six premiership teams.  After retiring as a player, he coached Geelong, East Perth and Western Australia’s first state of origin team.

The Graham Farmer Freeway in his hometown of Perth is named in his honour. Farmer is also the patron of the Graham (Polly) Farmer Foundation, an educational not-for-profit founded in 1995.