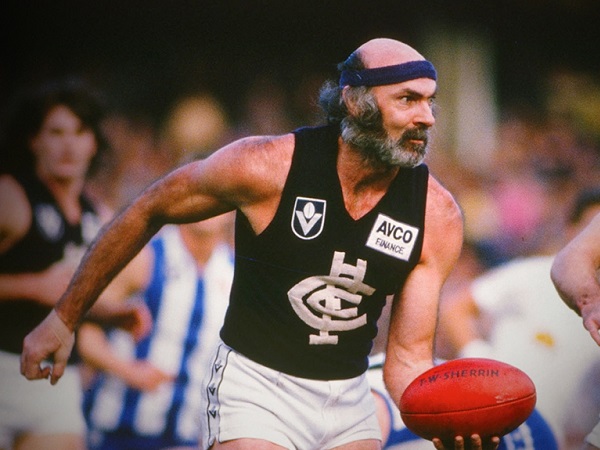 Bruce Doull was one the greatest defenders to have ever played the game of Australian rules football. He was known as a smart and meticulous footballer who took pride in his performances. You would rarely see him make a mistake and throughout his career you would be hard pressed to find a match where he did not perform at the highest of level. He was a very reliable kick and safe mark, both very valuable attributes in a back line player.

Bruce Doull had a long-playing career. He started playing in year 1969 for the Carlton football club when he was only 19 years old and continued to play until 1986. Over the course of these years, he earned himself the nickname ‘Flying Doormat’, due to his extreme comb-over hairstyle with long portions that remained constantly disarranged.