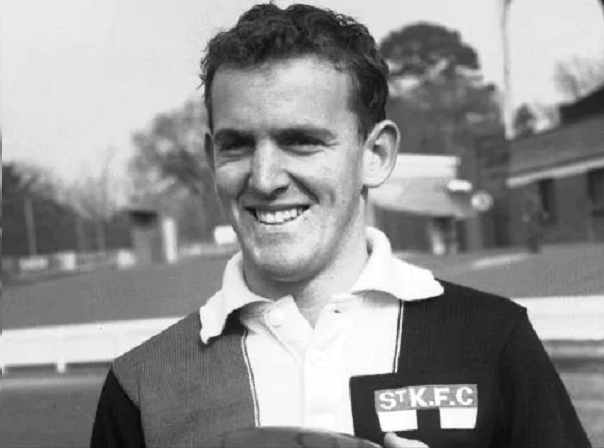 There were a lot of tough players in the AFL who are remebered for their sheer recklessness around the football and disregard to the safety of their body. There’s a different type of toughness and that’s mental toughness. Ian Stewart had both of these qualities which really made him a legend of the game. Ian Stewart represented St Kilda and Richmond in the Victorian Football League (VFL) during the 1960s and 1970s. He later coached South Melbourne and Carlton and was an administrator at St Kilda.

He will always be remembered as one of the truly great exponents of Australian football, a player with the rare blend of skill, concentration and courage who formed partnerships with two of the greatest forwards the game has produced, Darrel Baldock at St Kilda and  and Royce Hart at Richmond. Stewart was an excellent mark for his size and a brilliant ball player who had a tone of courage. It was not uncommon for him to mark amongst or over a pack of players and on occasions he would back into an oncoming pack in order to mark. He was also a magnificent kick with either foot and an accurate pass whether by hand or foot. Superbly balanced, he had brilliant evasive skills and was one of the most compete all-round players of his era. A very adaptable player he excelled in all conditions.

Stewart is one of only four men to win the Brownlow Medal three times. He was one of the first inductees into the Australian Football Hall of Fame in 1996 and was elevated to Legend status the following year