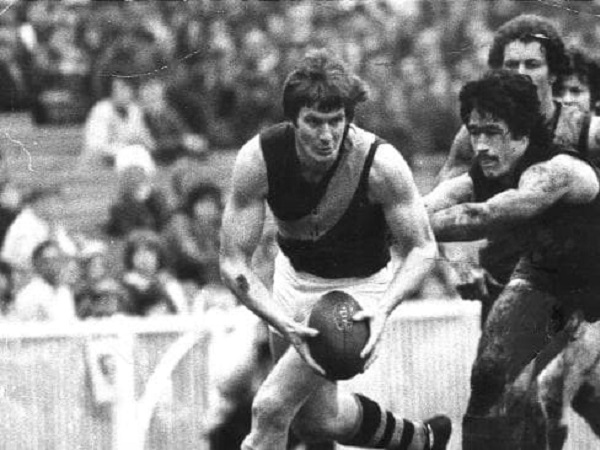 Royce Hart constructed a legendary and accomplished football career for the Richmond Tigers in the Victorian Football League (VFL) during the 1960s and 1970s.

At centre half forward there was no one better in the position and was known as a superstar when it came to the big games and moments. Hart was one of the most graceful and courageous players of his generation. He had this brilliant penetrating left-foot kick and pack marking abilities , with a trademark of leaping in from the side.  Hart captained the Tigers between 1972 and 1975, won the Richmond best and fairest award twice, and helped them to four premierships. There have been few more reliable marks or dynamic all round players in the history of the game and will be remembered as one of the greatest players of all time.

Hart was not the one of the greatest coaches of his era but was known to have blooded his successor Michael Roach, soon to become another AFL legend, while coaching the Richmond reserves. Roach learnt everything he knew from Hart and even mastered the same penetrating drop punt and the tough brand of football that Hart promoted throughout his career.

Hart holds the illustrious honour of being named the centre half-forward of both the Richmond and AFL/VFL Team of the Century. An inaugural inductee into the Australian Football Hall of Fame in 1996, Royce Hart is now one of just 25 official legends of the game.