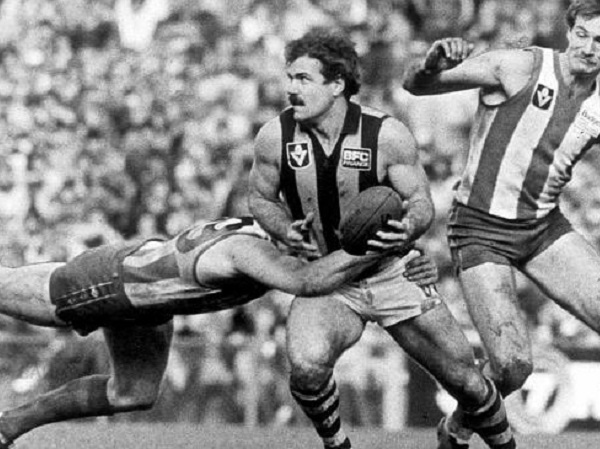 Leigh Matthews is a former Australian rules footballer and coach. He played for Hawthorn in the Victorian Football League(VFL) and coached the Collingwood Magpies and the Brisbane Lions.

Known as lethal Leigh there was nothing elegant about how he went about the game.  He was a very physical player and even if what he did on field did not look pretty, the skill that was required to perform some of these acts was like no other. Matthews began a long and highly successful coaching career after he retired from football in 1985 which spawned AFL premierships with Collingwood in 1990, and Brisbane in 2001-2-3 (A three peat which is a feat in itself).

Leigh Matthew will be remembered as one of the toughest player of his era, who could turn a game in a flash. Few players were as capable of lifting to another gear so regularly and destroying opponents while at the same time inspiring his team mates to play at the same level. His tough man status was made legendary in 1982 in a match against Essendon when he crashed in to one the point post and famously snapped the post in half.