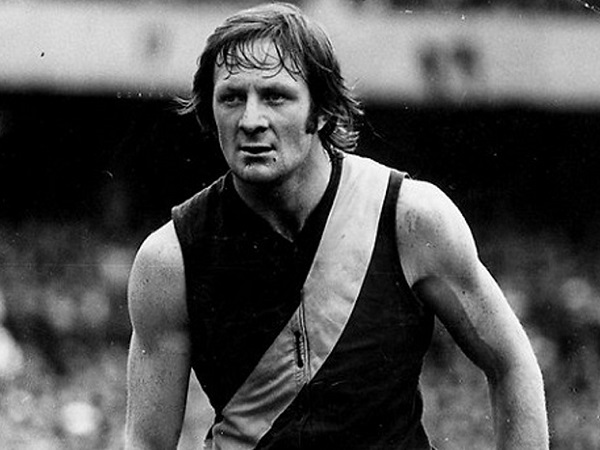 Kevin Sheedy is considered a legend of Australian rules football coach and player who played and coached in a combined total of 929 games over a period of close to 5 decades which is a VFL/AFL record.

Sheedy came to Richmond as a centreman, however due to the dominance of Bill Barrot, he soon found himself in the back-pocket. This didn’t mind Sheedy because he just wanted to play and did not care where. He was a footballer who always acted professionally and did everything possible to improve his overall game. Sheedy would always arrive early for training to practise his kicking and wrote himself notes to focus on certain facets of his game that required improvement. He was the classic example of how hard work can produce results. Like most footballers in his era, he was fearless in his desire to get the ball. He used his body well to position himself for free kicks and was also a tough, uncompromising player who was not afraid to back his judgement. Sheedy represented Richmond in the Victorian Football League during the 1960s and 1970s, captaining the side in 1978 and winning three premierships.

After a very successful playing career he them moved on to an equally successfull coaching career. He coached Essendon in the VFL/AFL for nearly three decades from 1981 until 2007, winning four premierships and earning acclaim for his unusual and creative approaches to promoting the club and the game. In 2009, Sheedy joined the newly formed Greater Western Sydney as its inaugural AFL coach, and coached there from 2012 until 2013.

He is a member of the AFL Hall of Fame, Life Member of the Richmond and Essendon Clubs and first ever Life Member at Greater Western Sydney FC.  Sheedy was inducted into the Australian Football Hall of Fame in 2008 and was elevated to legend status in 2018.

Sheedy will be known as Australian football’s deepest thinker and the man with an answer for everyone and a plan for everything.