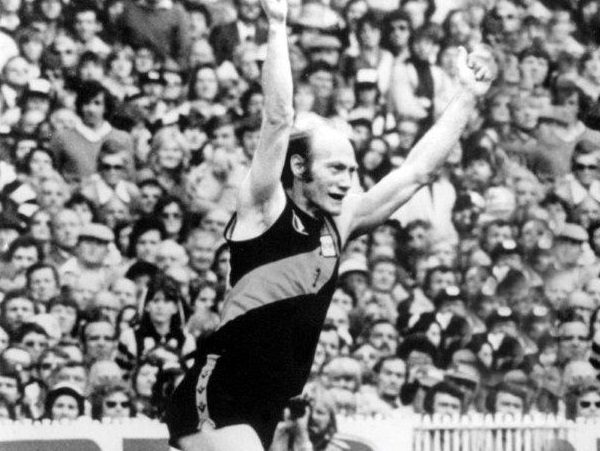 Kevin Bartlett is a legendary Australian rules footballer who played and coached in the Victorian Football League between 1965 and 1991 for the Richmond Football Club. He was a brilliant rover and goal kicker who was was often taunted as ‘Hungry’ because of his tendency towards often opting to kick for goal and his unwillingness to handball even if they were unmarked and in a better position. When it came to training you could say that it was a little more relaxed in era in which Bartlett played and it was common to see when it cam to the warm down, Bartlett would often disappear from the track. With these attributes in mind, in modern day football he would be an absolute nightmare for coaches but there was never a question that Bartlett had a football ability like to other. Bartlett was not the biggest or strongest of footballers but with his fleetness of foot and evasive skills combined with speed and great stamina, he was able to win a lot of the football and play the game above most others.

Bartlett has played the third highest number of games in VFL/AFL history with 403 games behind Brent Harvey and Michael Tuck . He will be remembered as a legend at the Richmond football club helping them win five premierships while also winning their best and fairest medal five times. Some of Bartlett’s major honours include receiving the Member of the Order of Australia in 1981 along with being inducted into the Australian Football Hall of Fame and Richmond Hall of Fame in 1996 and 2002, respectively. He was rightfully promoted to “legend” status in the Australian Football Hall of Fame in 2000 and to “immortal” status in the Richmond Hall of Fame in 2004.

As a side note, you know you are a big deal when are one of the select few who are immortalised as a statue outside the Melbourne Cricket Ground.