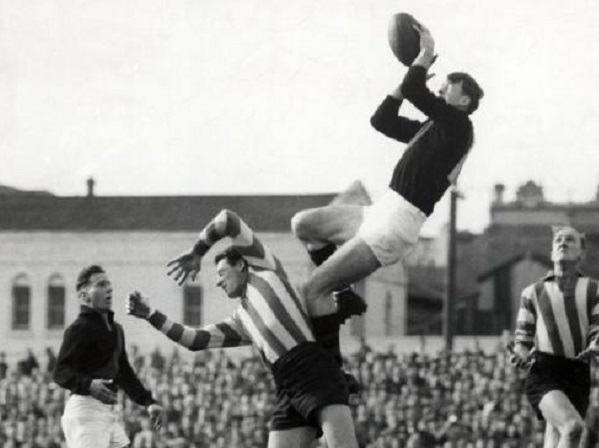 John Coleman was an Australian rules footballer who played and coached the Essendon football cub in the in the Victorian Football League between the years of 1949 and 1967. He is famous for the namesake of the Coleman Medal, awarded to the AFL player who kicks the most goals during the home and away season due to his remarkable talent of kicking goals himself.

Coleman is regarded as one of the greatest Australian rules footballers and full forwards of all time yet when compared to other legends of the game he played the least amount of games by a long way. The majority of Legends inducted into the Hall of fame played over 200 games, but Coleman made his mark by kicking the second highest goal average in the history of the VFL/AFL, kicking 537 goals in just 98 matches.

Not only was he a prolific goal scorer but he was also known for his aerial work and high-flying spectacular marks, in some cases jump so high he would cleanly leap over opponents to mark the football. After a knee injury ended his playing career at age 25, he returned to coach Essendon to premiership success. Coleman died in 1973, at the age of 44, of sudden coronary atheroma and was the greatest losses to ever hit the football world. In 1996 he was one of 12 inaugural Australian Football Hall of Fame inductees bestowed “Legend” status.