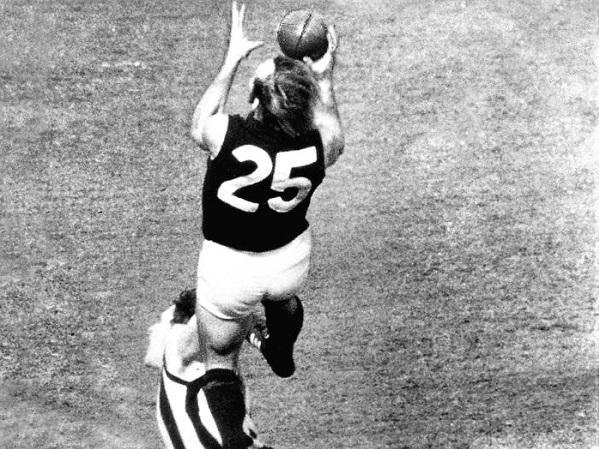 Jesaulenkooooooo, you beauty! A cheer made famous when Alex Jesaulenko leapt for the sky’s to take one of the most  famous spectacular marks in the history of the AFL.  Young aspiring footballers to this day use this catch phrase after taking a high flying mark while having a kick at the park. His freakish skills made him one of the most exciting players to have ever played the game. His ball-handling wizardry, cat-like balance and spectacular marking thrilled crowds for one and a half decades. He has been by far one of the most exciting footballers of all time.

Jesaulenko represented Carlton and St Kilda in the Victorian Football League (VFL) from the 1960’s to the 1980’s. He is regarded as one of the game’s greatest-ever players and is an official Legend of the Australian Football Hall of Fame. He was immortalised in the game by taking the Mark of the Century in the 1970 VFL Grand Final. Jesaulenko was unfortunate to have never won a Brownlow Medal but managed to place third 3 times which is a testament to how consistently great he was at our game. He was an inaugural inductee into the Australian Football Hall of Fame in 1996, and in 2008 was elevated to Legend status. In 1996 he was named on the half-forward flank in the AFL Team of the Century.