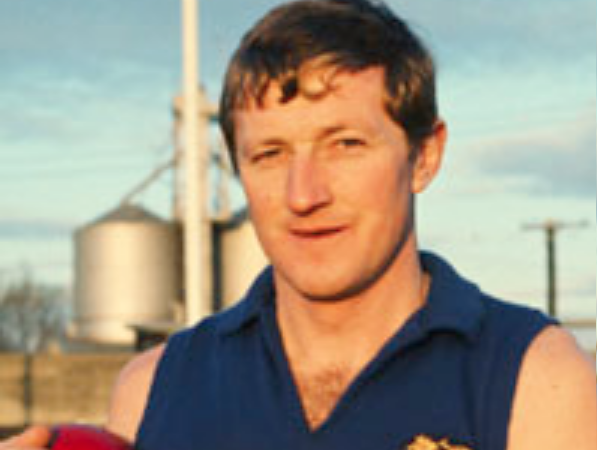 Kevin the Bulldog Murray played for the Fitzroy Lions between the years of 1955 and 1974. He received his nickname Bulldog simply by the way he went about playing the game and his ferociousness at the football. There were many tough footballers in the same era but not many that would throw themselves at the football the way Murray did.
He was a brilliant defender who did whatever it took to clear the ball from the back line with plenty of dash through the centre. He was later moved to ruck-rover where he used this same ability, pace and judgement to dominate clearances and win the tough contests. Kevin may have lacked in grace and polish on the field but he more than made up for it with grunt, aggression and toughness at the football. His desperation to own the football and great judgement with ball in hand helped with his effectiveness with the ball.

Kevin Murray began his professional football career at the ripe age of just 16 years of age and played 18 seasons and 333 games for the Fitzoy Lions. He will go down as the best player to ever have played for the Fitzroy Lions by winning a record nine Best & Fairest awards, with his first coming when he was just 18. Murray was well respected by the way he played the game and was natural leader captaining the lions for 8 seasons. His greatest success came in 1969 when he was rewarded the highest individual honour of the Brownlow medal at the age of 31.

Murray was inducted into the Australian Football Hall of fame as part of its inaugural 1996 intake and was elevated to Legend status in 2010.