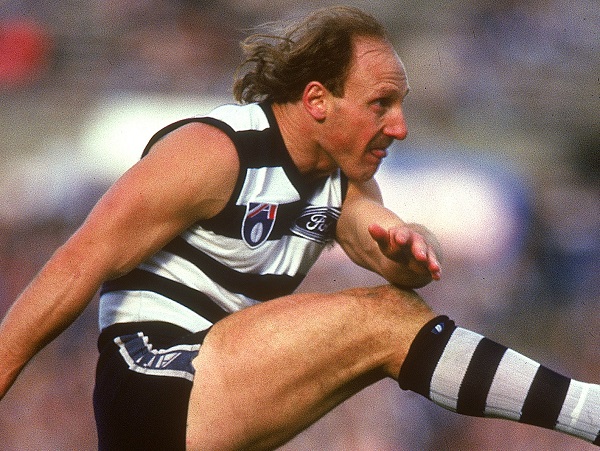 Gary Ablett began his playing career at Hawthorne in 1982 but is most famous for his illustrious career with Geelong that spanned from 1984 through to 1997. Gary Ablett Snr was a famous example of a perfect footballer possessing all the skills necessary to dominate Australian football for almost a decade. Referred to as Superman, and God, Ablett was quicker, a better kick (with both feet), a better mark (one or two hands), a higher leaper, stronger and amongst the toughest of anyone to have ever pulled on the boots.

With all of these accomplishments he was already considered a standout player in the league but his performance in the 1989 Grand final was what demonstrated he was like no one who ever played the game before. On the big stage he earnt him self the norm smith medal by kicking a mammoth 9 goals while also taking several spectacular marks which in these days could have easily classed as a contender for mark of the year.